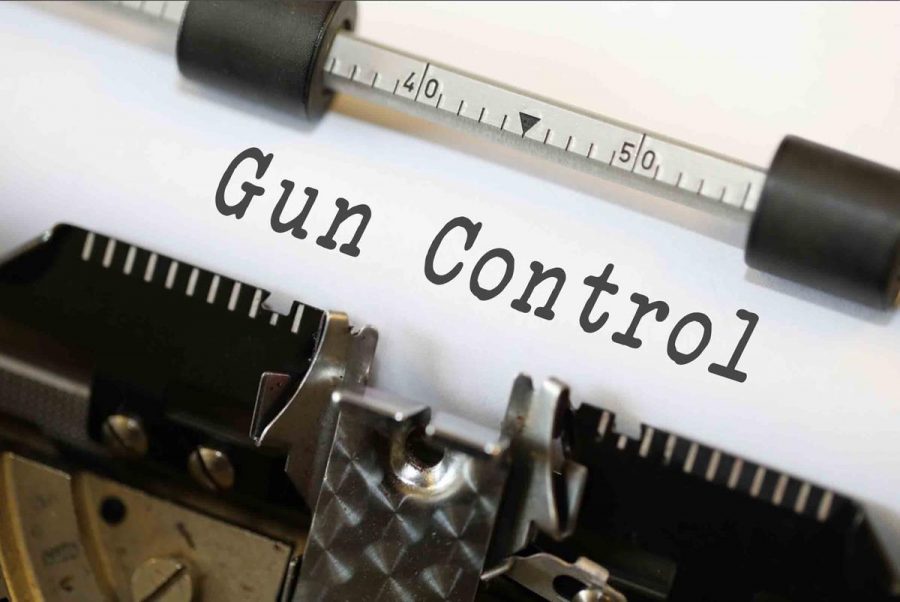 Much like Americans, The Colt newspaper staff is divided on what steps to take to curb gun violence and mass shootings like the February 14 shooting at Marjory Stoneman Douglas High School in Parkland, Florida that killed 17.

On February 14, a 19-year-old man walked into a Florida high school and murdered 17 students and faculty members. 14 more were taken to the hospital, and throughout the school students hid in closets and under desks as texted their parents the words “I love you” as they feared they might be the next to be killed. The massacre that took place at Marjory Stoneman Douglas High School in Parkland, Florida, was the eighteenth time a firearm has been fired on a high school campus this year. In response, many members of the staff of The Colt agree that regulations on firearms is the correct course of action following the shooting.

Opinions for both sides of the debate are fueled by fear and anger, which has led to a lack of productivity in the actual debate. The gun control issue has become cluttered with bipartisan nuance, and we are currently unable to see the real issue at hand: Americans are dying. More importantly, Americans are dying because politicians who are financially backed by the NRA are controlling the dialogue that floods the news outlets every time a shooting takes place. This is countered by angry democrats who believe they are defending their right to live. We believe, however, that we must move past the debate and quickly come to an agreement before it is too late.

One of the major issues in this country is that current gun laws are not strict enough. The only thing a person needs to purchase a gun at a store is a clear background check. Even if a background isn’t as clean as it should be, anyone can go to a gunshow where background checks are not required. The shooter in Parkland, Florida was able to buy an AR-15 at the age of 18. In this country, it is okay for someone who isn’t legally allowed to drink alcohol to own a military grade firearm, and that is just unacceptable.

Another new suggestion following the shooting has been to arm teachers. We believe that this suggestion is ridiculous. Those same teachers are barely supplied with materials for their classes like kleenex and pencils. Where is the financial assistance for handguns, ammunition, and routine firearm training going to come from? Not to mention, accidents are more likely to happen when a gun is in the home. Imagine what could happen if there was one on the hip of every teacher.

Most importantly to us, students should not be afraid to go to school. Teachers shouldn’t either for that matter. Almost anywhere you go, Arlington High included, there is very little security. This would make it incredibly easy for anyone to walk into class and create another massacre.School should be a safe place where students can go to learn new ideas, not to cower in a corner and be silent whilst fearing for their lives.

The need for stricter gun control is as important now as it was after the Sandy Hook shooting in 2012. It is just as important as it was after Columbine in 1999. We support stricter background checks and a complete ban of automatic rifles for the sake of American safety. Hopefully, with the necessary policy change, this country could become a more peaceful place.

Let’s pump the breaks on the gun control push

In response to the February 14 school shooting at Marjory Stoneman Douglas High School in Parkland, Florida, many politicians and activists have called for the ban of all semi-automatic weapons in the United States. Instead of creating mass chaos in the country by rounding up an incredible amount of weapons, let’s examine what can be easily fixed to prevent atrocities like this from happening again.

Let’s be brutally honest. If the Broward County Sheriff’s Office and the FBI had followed up on tips reported to their respective departments about the shooter, he would have been stopped before he could have had the opportunity to perpetrate this heinous act. CNN has reported that the sheriff’s office received a total of 45 reports about the shooter and his brother. It is unacceptable that law enforcement received so much information about the shooter and his threats and did not act accordingly. According to multiple national media outlets and students at the school, there was an officer who stood outside the school for at least three minutes while gunshots rang out in the hallways of Stoneman Douglas. While the officer may not have been able to stop the shooting as a whole, he could have prevented further damage and help endangered students get proper shelter. Law enforcement failed to do their job. If they had, they could have saved the lives of 17 innocent students and educators.

There’s also an interesting proposal making the rounds in the media and on Capitol Hill. David French at National Review suggested an institution of gun-violence restraining orders. He says there are five elements to the orders that must be included to be effective. His keys are

“1) It should limit those who have standing to seek the order to close relatives, those living with the respondent, and perhaps also school principals or employers.

2) It should require petitioners to come forward with clear and convincing evidence that the respondent is a significant danger to himself or others.

3) It should grant the respondent an opportunity to contest the claims against him.

4) In the event of an emergency, ex parte order, a full hearing should be scheduled quickly — ideally within 72 hours.

5) The order should lapse after a defined period of time (30 days would be acceptable) unless petitioners can produce clear and convincing evidence of continued need.”

This proposal allows for swift action against a person who is believed to be a danger to society. I think this idea would significantly decrease not only mass shootings, but many domestic disputes that take place on a daily basis.

I can’t imagine the pain and suffering students at Marjory Stoneman have endured. Their activism after this tragedy is admirable. However, policy cannot be formed out of emotional feelings. Taking a large amount of guns from an overwhelming amount of law-abiding citizens is ultimately not the answer. If laws are actually enforced, and families take a “see something, say something” approach with close relatives of theirs, restrictions of gun rights will not be necessary.