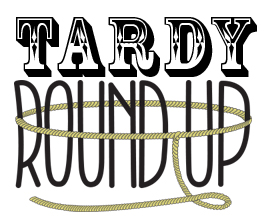 This year’s “Colt’s Family” campaign has brought forward new sets of rules, policies and regulations in a steadfast effort to change the “culture” of AHS. One of these changes implemented is the ever notorious tardy round-up. The Colt staff collectively believes the tardy round-ups to be completely reprehensible.

The ineffective and unpopular new ritual started this school year and takes students out of class up to 30 minutes early if they have lunch d-halls that need to be served. The problem with this is that it doesn’t account for detentions already served during lunch if they occur the same day of the round-up, so you could serve it during lunch and still have to suffer the embarrassment of being yanked out of class by an administrator in front of your entire class.

Additionally, we do not believe that tardy round-ups hold up to the AISD slogan of ‘more than a remarkable education.’ Students are being pulled out of their classes 30 minutes early just to be paraded around the school for tardy round-ups. This ritual is inefficient and doesn’t make sense. AHS implemented plus periods for extra class time. Getting pulled out of class 30 minutes early negates the point of plus period, and then is still a little bit worse because instead of tutorials and (let’s be honest) the high school version of recess, students are missing actual, real class time.

Tardy round-ups are unfair to students who need class time to learn material. When administrators pull kids out of class for extended periods of time they will potentially miss vital information. The school has made a point this year to care about utilizing plus period and students wearing IDs throughout the day so, why do they not care about students staying in class to learn?

The fact that students are being pulled out of class half an hour early proves that students’ education are put aside in favor for punishment for something as silly as being late. While students who are consistently late need to be reprimanded, everyone is late every once in awhile. All the tardy round-ups do is cause students to lose valuable class time and punish them for something many of them don’t have control of. It’s simply not fair.

While the new rule has pure intentions, the poor execution simply outweighs the possible pros. Either the round-ups should be abolished completely or altered to where students aren’t missing valuable class time for something that is oftentimes out of their control. Either way, the current state of tardy round-ups must change.